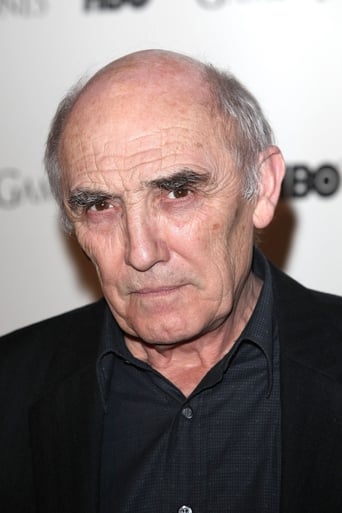 Donald Sumpter (born 13 February 1943) is an English actor. He has appeared in film and television since the mid-1960s. One of his early television appearances was the 1968 Doctor Who serial The Wheel in Space with Patrick Troughton as the Doctor. He appeared in Doctor Who again in the 1972 serial The Sea Devils with Jon Pertwee. He also appeared in the Doctor Who spin-off The Sarah Jane Adventures. His early film work included a lead role as real life British criminal Donald Neilson in the 1977 film, The Black Panther. He also appeared in many television films and serials, including adaptations of Dickens' novels: Nicholas Nickleby in 2001, Great Expectations in 1999 and Bleak House in 1985. Also in 1985, he was remembered for the part of villain Ronnie Day in Big Deal. He played the part of suspected serial killer Alexander Bonaparte Cust in the (1992) Agatha Christie's Poirot episode, The ABC Murders. He has also appeared in episodes of Midsomer Murders, The Bill, Holby City, and A Touch of Frost. He also had a recurring role as Uncle Ginger in the Children's BBC series The Queen's Nose. He played Harold Chapple in Our Friends in the North, and portrayed the physicist Max Planck in Einstein and Eddington. He has also been seen as Kemp in the horror-drama series Being Human. In 2011 he portrayed Maester Luwin in the HBO series Game of Thrones. His film appearances include The Constant Gardener (2005), K-19: The Widowmaker (2002), Enigma (2001) and Ultramarines: The Movie (2010).